A reliable, dynamic, creative and responsible person is still being sought as a “needle in a haystack” by the domestic employers among hundreds of candidates. What kind of personnel does Serbia need on its way towards joining the European Union?

Young, charismatic and educated managers are needed, polyglots and “natural born” winners who will be loyal enough to their companies (or state owned services).

Is there a sufficient number of such personnel in Serbia?

Judging by the opinion of the interviewee of Magazin Biznis, a renowned expert in the field of Human Resources, Serbia still ails from the shortage of good “top” managers who are today required to be well acquainted with the market and to show their capabilities, especially when it comes to sales, though realized profits. In a few of its subsequent issues Magazin Biznis will offer answers to many questions from the human resources area which are of interest for the business world.

Sonja Cagronov graduated from the Psychology Department, has got a master’s degree in management, and she gained a lot of experience working in the public sector in the countries of the region: Bosnia and Herzegovina, Romania, Hungary, Italy, Montenegro. In the Government of the Prime Minister Zoran Đinđić she was the director of the Agency for Public Administration Development and prior to that a personnel director in the companies “Mobtel”, “BK televizija”, “Eunet”… In recent years her company “Top career” has been employed in seeking out, but also training personnel occupying important functions in private, most frequently foreign firms. In 20 years of work in the field of human resources she has made more than 100,000 interviews. She has taken part in the restructuring of enterprises, made young personnel training programmes, but has also had a hand at ‘headhunting’ – as a talent scout.

– In the last few years both in the public and private sector the best is demanded. Unlike other countries in the region, the pay in state-owned sector is not competitive enough compared to those in the private sector. Nevertheless, young people with university degrees and good knowledge of languages have a strong motivation to work in the public sector. Primarily due to the possibility of creating their own internal networks of contacts with important international institutions, but also because they have the opportunity to learn certain work methods that are still not present in the whole of the private sector. That is the primary motivation of the young for working in state-owned services, regardless of the pay rate – says Sonja Cagronov.

Jobs of the future

“Top career“ is mostly concerned with the organization of team trainings for management positions. A special programme was initiated last year and it is aimed at younger people- those who are finishing high school or are in their first or second year of university. Through trainings their attention is drawn to real situations at work for which they are educating themselves, but they are also taught basic skills which are required of a manager. They get the information on which professions will in future be in greatest demand in Serbia.
– Sales managers are in greatest demand; around 80 percent of advertisements concern them. Finances and people in marketing are also in demand. The market lacks certified bookkeepers and auditors as well, and the personnel with specific knowledge relating to their profession, but also relating to the knowledge of the organization of doing business are gaining importance- says our interviewee.

– A new culture of behaving and thinking is slowly being introduced. In our public services, and that has already become a rule for the private sector, the employees must realize that they must say good morning, please and thank you – and not “what do you want?” . They must know that it is their duty to answer the phone politely. In the end, the taxpayer has the right to receive the information they request – says Cagronov, stressing that it is frequently repellent to employees to change the customary behaviour.

– With the arrival of foreign firms on the Serbian market the criterion of what is expected of employees has been set higher. All of us will resist doing something new, regardless of the fact that everyone will say: ”Yes, we are all for the changes, because things should get better”. However, many will at the same time say ”changes – yes, but not as regards me” That always happens – explains Cagronov.

Our interviewee considers that money as a factor on which the performance of employees depends is overrated.

In big companies with an elaborate, strict hierarchy, flow of information is hindered, so the employees most frequently feel neglected and lost. To the employees, especially in the countries undergoing the transition process, it is very important that they do not feel uneasiness when they go to work or the feeling that they are a cog in the machine, because decisions are made elsewhere. Such a situation even today exists in many enterprises, in both public and private sector.

– For that reason organizational culture is very important. Whatever you do, even if you have bad news, you receive it much more easily if you know what is happening, if you feel part of the story, and not a cog in the machine. Apart from that, people appreciate correctness very much. In 20 years, which is the time I have spent doing this business, I was in the position to employ, but also to lay off people. There really is no justice there, but there should be correctness – says Cagronov.

Our interviewee says that in the working conditions nowadays she would never recommend to her client a manager who changes jobs every six months. And that is exactly what is happening in the fields where quality personnel are deficient.

Sometimes the firms are prepared for the risk of losing the man on whom their job depends in a few months. Such people are most often employed at the beginning – when the potential market is only being won, which is possible to do only through people who are experienced in their job and have good business contacts. However, if a firm wants to have its internal development and continuity on the market, it is impossible to achieve all that with those people. But loyalty is not acquired overnight, but in the long run – says our interviewee.

What is it that an employer wants from the employee and what are the characteristics that a manager should have?

Although everyone agrees that one of the chances of development for Serbia is precisely the “human capital” embodied in young and educated people, lately it can often be heard that such personnel is in demand on the market, as well as that they are much “more expensive” compared to the surrounding countries.

– Our managers, especially top management, were very expensive at the beginning of transition. Today it is so as well, and perhaps not because they are so good, but because the number of them is insufficient. Being a manager until a few years ago meant having good contacts and in that way closing all deals. Today being a manager means having both contacts and skill, but also many other kinds of knowledge – says Sonja Cagronov

Unlike many, Sonja Cagronov holds that the cause of the lack of managers does not lie in the Serbian education system. Nevertheless, as she says, our schooling imposes diverse “psychological restrictions” on young people

Here is an example: a young man whose IQ is 151, who graduated from the Faculty of Economics in Belgrade on schedule, with average grade 9.5 and speaks three languages. He became employed with a large bank; he is very dissatisfied and wants to quit his job. Why? Because he is being “moved around” by the people working on counters. He cannot cope with them because he does not know how to fill in a transfer order. That is the problem of the young. They do not know some basic things, and, what is worse, they think they do not need them – says our interviewee.

She considers that there is no great difference between the education at state and private faculties and that so far she has not noticed that employers were placing value only on the state-owned faculties. She equally employed people who had graduated from private faculties, on which excellent personnel is also being created.

Out interviewee emphasized that a world trend was arriving in Serbia – employment of “talent managers”, and not of renowned and experienced experts, which was until recently the basic condition to be fulfilled by candidates. What is, in fact, a talent manager?

– Those are the people who are already in their third or fourth year of university noticed by the enterprises and afterwards given stipends. The benefit which the enterprise has is manifold: a young person can be directed, educated, and does not have to be paid very much. And that is fair. For, if someone is talented and works for a good firm, in five years everything will, certainly, pay off on the market – Sonja Cagronov explained the method which is increasingly being applied by domestic employers. 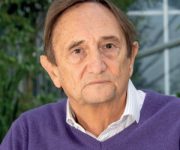 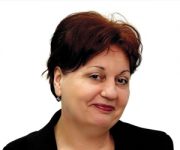 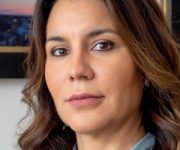 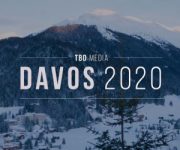 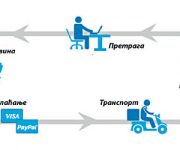