Mezzomo: We expect the ECB to raise rates the first time in October or December 2022 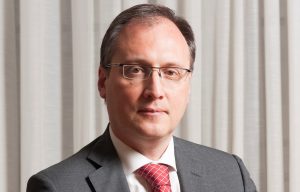 What are the biggest challenges for the global economy in 2022 and 2023? How and when will these economic challenges be solved?

The negative impact of the pandemic on demand is becoming less and less significant. Instead, the global economic expansion faces significant hurdles related to bottlenecks in the Global Value Chains (GVCs) and a big energy shock, in Europe especially. Besides, monetary and fiscal policies will turn less supportive, globally. The tightening of monetary policy in the US may have negative spillovers in other countries, emerging markets especially.

We expect the problem of bottlenecks to become less significant by 2023. The energy shock partly depends on geopolitical risk, and the outlook is more uncertain. The impact of higher US interest rates may be partly offset by stronger commodity prices, in some emerging markets.

How do you assess the recovery of the European Union economy in 2022? What are the main constraints to economic growth?

GDP growth will be supported by the gradual lifting of restrictions on travel and contact-intensive activity, excess savings in the household sector, stronger growth in capital spending and by lively global demand. On the other hand, the energy shock will hit the purchasing power of households and the profitability of business firms. Supply bottlenecks remain an issue, at present. All considered, GDP growth in the euro area should be quite strong, quite likely above 3% in 2022. This is well above trend GDP growth.

What has the biggest impact on inflation growth in 2022? To what level will inflation go in 2022?

The sharp rise in energy prices and the increase in transportation costs are global phenomena, but the impact depends on the local demand-supply balance. Where growth has been stronger, such as in the US, inflationary pressures are stronger, too. The UK suffers from stronger inflationary pressures also because of Brexit. Contrary to the US, the inflation spike in the euro area is largely explained by the increase in energy prices, and core inflation is still quite moderate, close to 2%. We expect inflation to peak in February and then drop to levels just above 2% by the end of the year.

Whether large state aid to economies, primarily the issuance of large amounts of money, has contributed to the high inflation that the whole world has today?

Take Japan: a huge asset purchase programme, run for many years, has failed to raise inflation. So it is simply not true that the increase in the money base necessarily fuels inflation. Most of the inflation spike in Europe is energy-related. The outcome is different when a big asset purchase programme supports a huge fiscal expansion, as in the U.S., in a period when GVCs cannot cope and the labour force has shrunk. 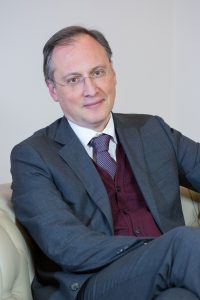 When do you expect inflation in the EU to return to the level before the covid-19 pandemic, ie to one to two percent per year?

This may temporarily occur next year, provided that energy prices do not rise again. Some of the factors that restrained inflation before the pandemic will probably return. I do not expect bottlenecks to stay for long, for instance. However, it might also be the case that underlying inflation is now shifting to about 2% for good. Wage dynamics may pick up in the next months, which would raise inflation in the service sector. Markets expect inflation to hover around 2% in the longer term.

Will and when will interest rates increase in the EU, primarily Eurobor? Will Euribor get out of the negative zone and when?

We expect the ECB to raise rates the first time in October or December 2022, by 25bps. The second move should come shortly after, bringing short term interest rates to positive levels by early 2023.

Who will be most affected by rising interest rates?

We do not expect a major increase in policy rates, and markets seem to share the same view. If policy rates reach 1%, real rates will stay negative, and long-term rates will stay moderate. If this is correct, none will be overly affected. Sure, governments must now bring the deficit back to lower levels, but interest spending will remain low for long. It would be a totally different matter if monetary policy had to be made restrictive – which is not my baseline scenario for the euro area, however.

How do you assess the monetary policy of the European Central Bank in 2022?

The ECB is right to move cautiously in normalising monetary policy. That said, it was misleading to rule out a rate increase in 2022 last December by announcing an exit strategy extending so long in the future when the outlook was already highly uncertain. The way this was corrected in February was not spotless. However, the adjustment in the end has occurred with no major damage, and the time is clearly coming for a normalisation of monetary policy.