David Bauer: The Serbs work well, but also enjoy themselves

David Bauer has worked in “Henkel Merima” in Kruševac for almost a year on the application of the standards of Henkel Group, and in his free time he takes walks through this city located beneath the Bagdala Hill and is getting to know Serbia

When a greater number of Serbs could speak English, many things would be easier and nicer!

That is what Mister David Bauer, mechanical engineer from Vienna, who came to Kruševac in June last year, thinks. He arrived in the former medieval Serbian capital due to the principle of personnel rotation which was instituted in the Henkel Group a long time ago and which is nourished by Henkel-Vienna. This multinational company won in 2002 on the tender and bought “Merima” Kruševac, which was considered to be the biggest Serbian chemical industry in the area of hygiene and cosmetics products. “Henkel” started investing in “Merima” immediately in order to enable it to compete in the European market. Advancement and exchange of personnel is an indispensable part of the development strategy of “Henkel”, and ambitious and promising people, among whom Mister Bauer certainly is, are included in it.

David Bauer, Is 33 years old and has a fiancé in Vienna, but he saw the transference to “Henkel Merima” as recognition from the company he belongs to. He accepted the post of the assistant of the director in Kruševac, Gradimira Milošević, MA.

– Loyalty and dedication to the company I work for is something I feel to be firmly instilled within me. I would have gone to any place they sent me, but it sincerely made me happy to learn that the former “Merima”, which I knew to belong within the range of the oldest industries in the Balkans, was now “Henkel Merima”. Naturally, I was familiar with the fact that in the 70s of the twentieth century “Henkel” and “Merima” had a successful business and technical cooperation, that the production of “Persil” was organized in Kruševac in those years as well. In “Henkel” in Vienna I gained work experience in the detergent factory, in the procurement and development services, I have also performed the work of the production manager. I have therefore gained a substantial amount of experience, so I saw the arrival to “Henkel Merima” as a professional challenge – Bauer says, and then take “Persil” and “Merix” detergent pouches, from the office cabinets and show us, claiming that those are the leading brands today.

A month on his arrival in “Henkel Merima” he spoke favorably about the working atmosphere in that workers’ collective, pointing out that here there is a good personnel potential and that the workers are hard working.

– I had certain knowledge about the Serbs as people and workers in Vienna, before my arrival in Kruševac. I knew they could work well, but I did not know they knew how to enjoy life even better. Here I have made sure of that. Even today, ten months after my arrival here, I think that you can achieve good results if you make people understand that not only the managers are important, but also each individual, each worker is. Also, when they can perceive the common goal. Apart from that, by constant care for the improvement of the working conditions we convince the workers that we care not only about performance but also about their health and satisfaction. We have, for instance, introduced the so-called social rooms in which the workers can rest within the working hours, to have a coffee, to refresh themselves with a juice, or water. Sometimes we reward the effort of the employees even by giving small presents, which make our relation even closer – Bauer considers.

Then on his computer monitor he shows the productivity growth in 2006. compared to 2005. He especially points out the parallel indicators. He says that the production for export has risen by as much as 25 percent, that by improving the quality of the production complaints have been reduced to a minimum and that the complete success is due to the good cooperation with the development, control and production services.

– A permanent scientific and technical development implies a constant improvement of working conditions. That is our task in 2007 as well. “Henkel” will invest around two million euros here this year. That will improve production, primarily of the detergents; ensure a close application of the “Henkel” standards and the competitiveness of the factory in Kruševac compared to the others in the “Henkel” system – Bauer says.

In less than a year of his residence in Kruševac, our interviewee has had the opportunity of meeting the favorite cafes of the citizens of Kruševac as well. One of the, which is very appealing to Bauer is located in the city centre. It is the “Salsa Bar” in which we continued our conversation after the working hours in “Henkel-Merima”.

– Yes, in my free time I like to have a good coffee. There is such coffee here, in this tastefully decorated bar. Apart from “Salsa Bar” I also stop by at “ET”, but what I like best is walking the streets of Kruševac – David explains.

– I had much information about the people in Serbia, but, clearly, working and residing among the Serbs has helped me get a more complete image. I am satisfied with the relation to foreigners and the Serbian cordiality. Younger people, especially in “Henkel Merima” speak English well, which facilitates communication and understanding in business. Here in Kruševac I realized that the Serbs are the people who can work, but even more so who know how to enjoy life. In Vienna out streets are quiet and almost empty after the working hours, and here it is so lively everywhere – Bauer answers.

In an about ten months’ residence in Kruševac engineer Bauer, however, has not had much time for amusement. He says that he usually stays long hours in “Henkel Merima”, so little time is left for rest. He has managed to go to the resort on Jastrebac Mountain a few times and to see the most beautiful Serbian watering place – Vrnjačka Banja. His mandate in Kruševac finishes soon, because it lasts for a year altogether. He expects a return to Vienna and the post of a detergent production manager. He hopes to enter into marriage with his fiancé and then there will be an opportunity of visiting Kruševac and Serbia together. 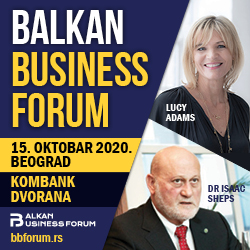 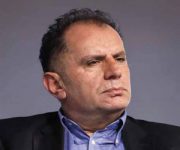 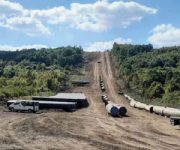 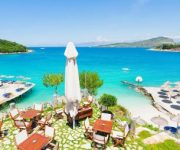 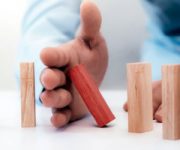