At the first work meeting, after introducing myself, I always say the same, now I can say historical, sentences: “From today the pay will not be received, but earned here” and “I can see that there are many employees, but few workers”. It is primarily important to set the goal and direction of development, and then set the path leading to the goal 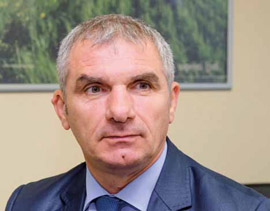 Jaroslav Stupavski, deputy president of MK Group, has extraordinary business experience: in the past ten years he has participated in the restructuring of 17 companies, of which seven from the agricultural segment (Agrounija, Labudnjača, Đuro Strugar, Vojvodina, Elan, MK Panonija, Selekcija), mills for the processing of wheat and corn (Žitobačka, Granexport), meat industry (Carnex), trade companies, hotels and similar. Today these are successful companies, at the top or leading in its fields in the Serbian economy.

In the interview for Magazin Biznis Jaroslav Stupavski emphasizes that he is very proud of the restructuring of the hotel and tourist complex on the Kopaonik Mountain, which was very demanding and full of challenges. He also points out the restructuring of Carnex, the leading company in Serbia in the meat production field, which became part of MK Group in November 2011.

– It was the big responsibility of the entire team to continue over 50 year long tradition, but also to give a more modern approach to business operation to Carnex – Stupavski says.

The enterprise restructuring theme has been popular for a while now and many experts consider that precisely because of that things need to start improving in the Serbian economy. This makes the experience of Jaroslav Stupavski, who is probably the only top manager in Serbia who restructured such a large number of companies in a relatively short time period, one decade, all the more important.